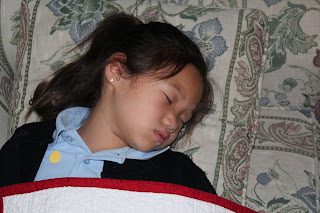 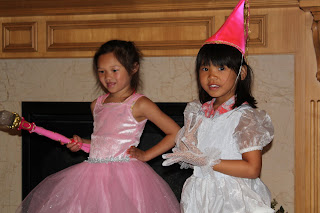 The biggest transition we have had to make going into a new school setting is dealing with the fear and perceptions of seizures and epilepsy. This is a whole new group of people who are responsible for Gracie during the day. This is a whole new set of people with their own fears and perceptions coming into play. It is obvious to me that Gracie's new school is taking her medical condition seriously. They are concerned about prevention and procedures in the event a seizure happens at school. It is also becoming evident that they are afraid of that next seizure happening on thier watch.

At the end of her first day, one of the teachers in her classroom declared, 'whew one day down; 189 more to go.'. I immediately thought Gracie was acting up and the teachers would be glad to have her move on. Instead, the teacher was watching her like a hawk and her count-down was for how many more days to make sure nothing happens to Gracie on her watch. Maybe daycare was just used to it and we didn't think of the burden that those responsible for her well-being feel while they are in charge of her and her care. This teacher is so afraid that Gracie will have a seizure while in her care and she will not do something right. In some ways I smile at the sweet naivete of this teacher but it also takes me back to the place where we had those same fears and worries.

We got to watch while things ratcheted up for Gracie - first fever triggered seizures only; then seizures without a fever; and then seizures that seemingly came from no-where and were quite difficult to stop; and seizures that were the start of serious illnesses. We got to adjust with each development and then move on. These teachers are coming in now. We have been over a year seizure free but they are aware of the potential of what can happen. For a while, we were mercifully spared from what-if scenarios. We dealt with what came and didn't look for more. In discussing Gracie's medical history with the school nurse, I had to tell her where we have been so she could be prepared. She in turn shared that with Gracie's teachers and the administrators. Understandable, they are afraid of what can happen. I wonder now if I should have warned the nurse that Gracie will sometimes start to turn blue during a seizure and this is a good thing - her body is diverting oxygen from lips and hands to her brain and key organs. I wonder now if I should have warned the nurse that Gracie tends to have status seizures when they strike - ones that don't stop easily. In warning the nurse and these warnings being passed on, we have created a whole school of worried people.

On the upside, Gracie is being treated like a princess. When asked about preventive measures, I mentioned that we give her daily medications and she is on the ketogenic diet. When asked how the diet works and what is needed for that, I mentioned her meals, snacks and her special drinks. When asked about the drinks, I mentioned that hydration is important. Gracie now gets a special juice bottle that she can take with her anywhere she goes - just in case she wants a drink at gym or in the library or in the computer lab! They want to make sure that she is fully hydrated. I have tried to say that this might be just a bit of overkill and I am told to let it go. Obviously, her teachers have latched onto something tangible that they can do and feel empowered to help prevent a seizure. I think they are helping to make my sweet little imp into a monster!! But, I am so grateful for another wonderful group of people to help Gracie through her day!

The first photo was taken during Gracie's China Travel Group reunion over the summer. She is the darling in the pink dress with the wand. The cutie pie on the right is her friend Lili. The second photo was taken this week - Gracie at the end of the day from school.

We're Back = First day of school! 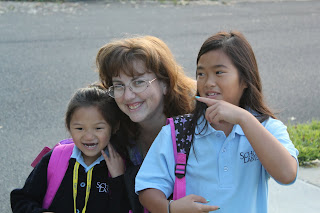 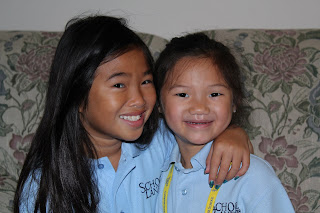 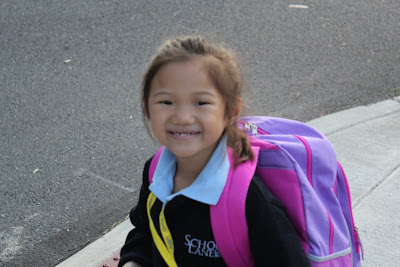 Today was the long awaited first day of kindergarten for Gracie. She has been waiting to go to kindergarten - on the school bus - since the day she watched Rita head off to kindergarten three years ago. For Gracie this is the fulfillment of her life-long dream today.


She woke up at about 6:20 this morning and wanted to know if today was the day she gets to go to kindergarten. She squealed with delight as we told her yes.


Here are some photos from the first day of school. She came hope wiped out from her early start and the first day without a nap. She needed to close her eyes for a bit when she got home.


I will try to keep this blog current now with updates on school, mainstream school with a special diet and how we are managing life with epilepsy. And of course photos!